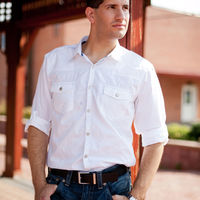 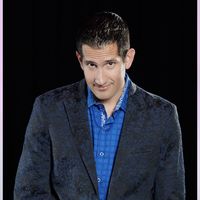 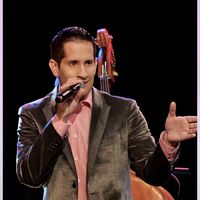 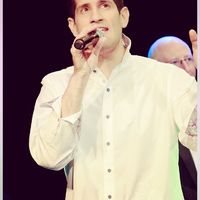 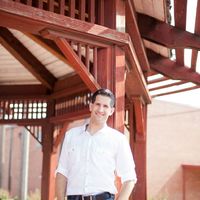 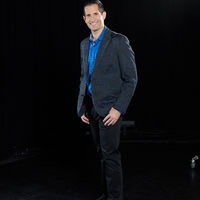 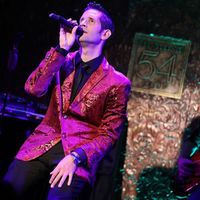 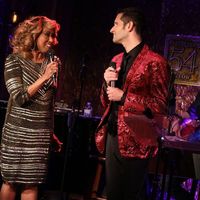 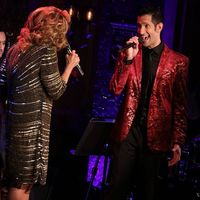 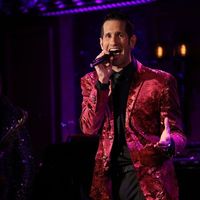 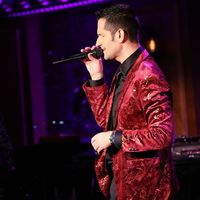 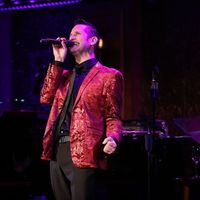 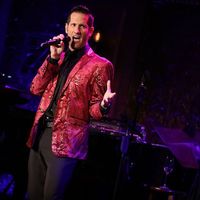 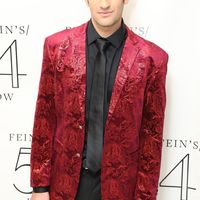 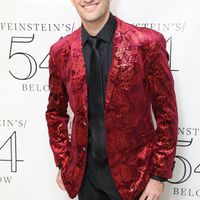 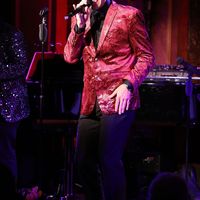 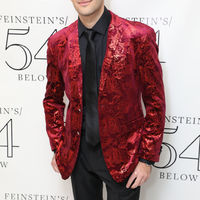 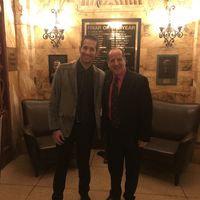 My love for music started at an early age. I am a first generation American as my parents immigrated
from Russia in the 1970's(I actually speak conversational Russian since I grew up with the language).
They wanted to create a wonderful life for their children and they worked hard as computer
programmers while encouraging myself and my two older sisters to excel in academics and pursue our
ambitions. My mom was studying piano in music college back in Russia while my grandpa had a big
operatic voice which was never trained however it was his #1 passion to always sing. Currently, he is
residing in a skilled nursing facility in NJ and I visit him almost weekly and we still sing. My older sister
Irene also enjoys singing and we used to sing duets for family and friends in a makeshift stage which we
had built in our home especially for these kinds of occasions. My dad is a very energetic person so I
guess that's where I get my stage presence or so I have been told:-)
Growing up, my favorite toy was the kiddie microphone set which my parents bought for me. I would
watch "Star Search" every Saturday with Ed McMahon and was so blown away by the caliber of talent. I
never thought or knew at that time that I had a talent but things came full circle when most recently,
Marty Thomas(who was the 1992 junior vocalist champion and was the victor over Britney Spears , as
well as starred in "Secret Garden", "Wicked" and "Xanadu" on Broadway) attended my debut at
Feinstein's/54 Below in February 2019 and wrote to me, "You did a great job, Congratulations, you
should be really proud."
Although I performed in talent shows and musicals throughout high school and college at Rutgers
University in NJ, I never really considered pursuing it as a career. I ended up trying to pursue a degree to
become a chiropractor in Florida because I thought it would be a stable path but after one week in
graduate school, I had an emotional breakdown and realized that it wasn't the path for me, that
something was missing from my life. I ended up driving home feeling lost. Around that time I wasn't
sleeping well and survived a really bad car accident with my girlfriend at that time. It really made me
think about how precious life is and how it is important to pursue your dreams. It was also around that
time that a distant relative suggested that I try recording my songs in a recording studio and sending
them out to see the response that I get. I ended up recording a bunch of standards and Broadway songs
called "Broadway & More" and sent them to the Russian Radio here in NY who were blown away and
arranged for me to have my first radio concert at their radio station back in 2006/2007. They also
introduced me to Kathy Jenkins, a jazz singer who had performed with the US Air Force Band and took
me under her wing. She helped stage my own cabaret show at the Triad Theatre which was videotaped
to be broadcast for one of the popular Russian television programs. She also introduced me to singing
with Big Bands and we performed with the Igor Butman & Moscow State Jazz Orchestra(Bill Clinton's
favorite) as well as with the Rob Stoneback Big Band at venues such as "Onstage at Kingsborough:
Bringing World Class Performances Home”, “Middletown Arts Center" and New York City's Hilton Hotel. I
also entered an International Talent Competition called "The Usa World Showcase" at the MGM Grand in
Las Vegas(Jackie Evancho was a finalist the year after I won) where I was the Grand Television Trophy
Winner and was able to meet Celine Dion's Company Director, Dennis Rodriguez and received a trophy,
cash prize, and performance on the PAX television/ION Media Network).
Things were really taking off and since then I did a little theatre(starred in a production of "Jekyll &
Hyde", "Sound of Music" and even starred recently in an original musical, "Central Park"). I've performed
in solo concerts at venues like Feinstein's/54 Below with Jennifer Holliday and the Friars Club. I have also
performed at Carnegie Hall, Swing 46, the Metropolitan Room, performed the National Anthem on multiple occasions, performed with greats such as Bobby Sanabria, as well as a Hurricane Sandy Benefit
Concert at the Writers Guild Theatre in LA with ABC's, Rachel Reenstra who was the host. I have also
appeared in numerous publications such as "Broadway World", "Playbill", "Jazz Weekly", "Asbury Park
Press", "Two River Times", "NiteLifeExchange" and several others. I have made several radio appearances
including "Bagels & Broadway with Valerie Smaldone" who selected my show at 54 Below Show as one
of her top picks this year for her "Valentine's Day Gift Guide." I performed in a Beatles solo concert in
May 2019 and was interviewed on LTV's, "Spotlight on the Arts" in June 2019.
Some other fun facts: -I received my Masters in Science in Speech-Language Pathology from Seton Hall in
2010 where I help individuals with voice, speech, language, swallowing, and cognitive
disorders.
- I started training my voice in high school and studied voice with Gary
Catona(Whitney Houston, Andrea Bocelli).
- I enjoy sports such as tennis where I play in an advanced league very week and I
was part of the Varsity Swimming team in H.S.
- I most recently appeared on the radio with David Kenney, Elliot Ames, Valerie
Smaldone, Ron Forman, and Warren Lawrence.
I also released an album of mainly original songs and some covers, "It's A New Day" which is inspirational
in its nature and has been receiving positive reviews by D. Oscar Groomes from the Jazz Newsletter and
“Jazz Weekly.” I am very proud of this album and feel grateful that I have been able to achieve everything
that I have so far.

I’ll be starring in this musical tmw!

With my lovely mom.

“It’s A New Day”- from Feinstein’s/54 Below with music and lyrics by Mick Walsh and Leanne Lawson. Backing vocals by @themarissarosen and @melodyleemadarasz . Sax and musical direction, @yaacov_mayman . The title track from my album. Remember, “a new beginning just open your eyes, you’ll see a change for better times.” @54below

Well I saw “Kinky Boots” last month and it was a wonderful show. Touching story by @theharveyfierstein and great lyrics and music by @cyndilauper . Today, Sunday will the last performance of this show on Broadway. I was thrilled to be able to perform “Soul of a man” at Feinstein’s/54 Below, Broadway’s premier supper club last month. Also thanks for Marissa Rosen and Melody Madarasz for their brilliant backing vocals, Chris Boccard and Marty Thomas for filming, and Michael Hull for his photography. Also to Yaacov Mayman @yaacov_mayman for his musical direction and my band. @54below @kinkybootsbway @starksands @broadwaycom @andyjkelso @jammyprod @theharveyfierstein @steoremus @theebillyporter @michaelhullphoto @chrisboccard @martythomaslovesyou @themarissarosen @melodyleemadarasz @todrick @moweryrusty @neefash @brianusifer @dbbonds @lasonyagunter @daryl_roth

“Just because you walk away” from Feinstein’s/54 Below from the “It’s A New Day” album. Written by Gordon Pogoda and John Stephan.

When I was presented with “Shined on me” to record for my “It’s A New Day” album, I knew right away that it was a song that I wanted to sing. Thank you to Richard Davis and Ray Phillips for your beautiful song. This is from my debut solo concert at Feinstein’s/54 Below in NYC. 02/22/19 @54below @videosbychrisnyc @themarissarosen @melodyleemadarasz @martysdivas @martythomaslovesyou