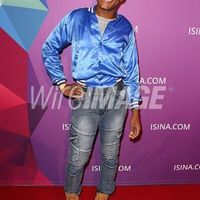 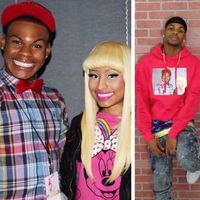 Talented, determined, and courageous, Corey is raring to take the spotlight. The rapper, singer and songwriter sensed that he was different at an early age, and those feelings led to conflict and uncertainty until he realized that his extroverted, vivacious style and musical aptitude could help him be who he wanted to be and go where he wanted to go.

Born Corey Laron Hoskins Jr. in Springfield, Illinois 25 years ago, he endured a tumultuous childhood that was marked by a lack of stable family circumstances, culminating in rejection by his father. Corey's growing awareness of his homosexuality surely fueled his outsider status and alienation from many of his peers -- to the point where he dropped out of high school in his freshman year. But he had a dream to become a performer.

It took a recording by his musical heroine Nicki Minaj, featuring her singing as well as rapping, to truly trigger his creative impulses. It encouraged him to fearlessly channel his flamboyance into theatrical expression of his art and music. He had already been writing original songs, and after collating other people’s hit tunes into a well-received mix tape, he knew what he had to do. Despite the challenges of being a gay rapper in the often macho world of hip-hop, Corey is undaunted. He’s aiming for widespread appeal as a musician, actor, model, and more. He believes it’s his destiny.

New trails are being blazed in society every day. If Corey’s passion, skill and larger-than-life personality can help earn him the acceptance and visibility he seeks as an entertainer, he’d be proud to serve as a role model for other members of the LGBT community.