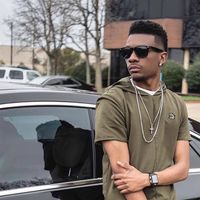 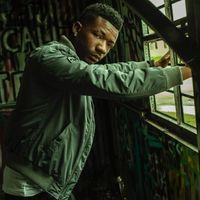 Since releasing his two singles Pilates and Oh I Like That and his recent concert Raw: Toronto Presents Reveal held in Toronto, Canada and Rudeboy release party in London, United Kingdom sponsored by clothing company Rude Boy, Eclipse Darkness proves that he is ready to make an impact in the world.

Eclipse Darkness captured audiences and the judges when he first appeared showcasing his tongue twisting freestyling skills on the hit reality show AMERICA’S GOT TALENT. Since then he has continued to rise in the music industry, even collaborating with iconic legends like Busta Rhymes and Twista. In an industry that cries for creativity and uniqueness, Eclipse Darkness sets himself apart from the rest by striving to remain outside the collection of cookie-cutter artists in the Rap and Hip-Hop community and writing about his observations and opinions concerning his own experiences. His recent single Oh I Like That caught the attention of fans on social media, leading him to over 200,000 views on Facebook.

At age 18, Eclipse Darkness music career blossomed from its humble beginnings in the Dallas local Hip-Hop scene. Using the tools he learned through years spent in theatrical arts programs, Eclipse Darkness fine-tuned his artistic ability for creating a unique and passionate rhythmic speed. Influenced by artists such as Twista, Ludacris, and JAY Z, Eclipse Darkness takes his own music to the next level.