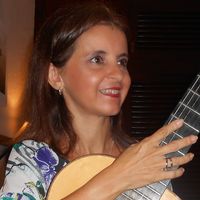 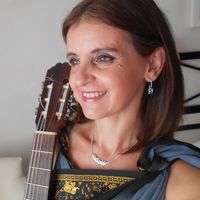 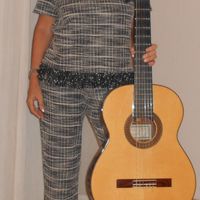 Gloria Medone (PhD)
Classical guitarist and researcher Gloria Medone is a Music graduate from the Music Conservatory of Buenos Aires (Argentina), Master in Arts Theory (University of La Laguna, Tenerife, Spain), Ph.D. in Musicology from the University of Oviedo (Asturias, Spain), and post-doc at the University of Paris Sorbonne (Paris IV, Paris, France).
She has an extensive career as a performer in several countries, highlighting her 2018 tour in China (Hong Kong Academy for the Performing Arts and Beijing Cervantes Institute), and United Kingdom (Liverpool Guitar Society, Manchester Royal Nothern College of Music, and London Ealing Guitar Society). In Buenos Aires (Argentina) she premiered Gloria Villanueva’s Concerto in Gm with the Chamber Youth Orchestra of Bs. As., and in Montevideo (Uruguay) at the National Auditorium “Adela Reta”. Other important presentations have been taken place in 2015 in Paris (Cité Universitaire) and at Radio Vaticana, also offering numerous recitals in different cities of the Spanish geography.
She has been welcomed as well by the Symphony Orchestra of Tenerife and Symphony Orchestra of the Principado de Asturias -in the opera Il Barbiere di Seviglia- and the Chamber Orchestra of Argentine Parliament.
As a musicologist she has given lectures on Theory of Performance in China, France, Britain and Spain. Her restless character has led her to publish journals, organize symposiums, give seminars and accomplish several recordings. Her CD Guitar-Selfie (a musical self-portrait) has been published in 2015.