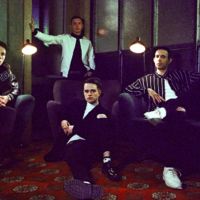 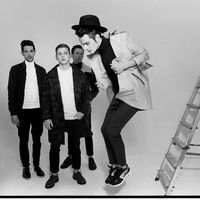 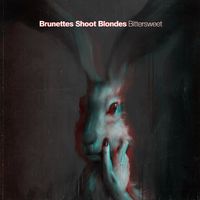 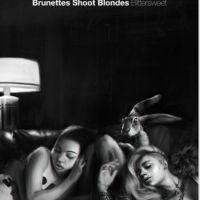 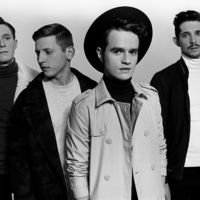 Brunettes Shoot Blondes is an indie rock band based in Kiev, Ukraine. Formed at the beginning of 2010, they attracted music lovers’ attention to their songs.

The musicians become recognizable by the worldwide viral music video ‘Knock Knock’ – a one shot love story with 14 Apple screens, that has gained more than 80 000 000 views.

It was called an Internet sensation and positively reviewed by such medias as Billboard, Yahoo! Music, The Daily Mirror, USA Today, Mashable, Business Insider, Daily Mail and many others.
Even more, the band become the winners of Berlin Music Video Awards 2015 in ‘Best concept’ nomination.

At the end of 2014 Brunettes Shoot Blondes presented a new video work for the song called Bittersweet. The video made in partnership with German car giant Opel and European ad agency ‘Scholz & Friends Group’ is directed by the band, as well as the previous one.

The new song "Bittersweet" is the main track of the band's EP of the same name. This album was released at the end of January and consists of four tracks, including Knock Knock. Each song represents different influences of the band, from classical indie harmonies to electronic beats.

In 2016 Brunettes Shoot Blondes released a new nostalgic song ‘Every Monday’ and advanced in final of national selection to Eurovision 2016.
The band’s songs and videos are now on rotation on various radio and TV stations. The musicians have already performed numerous shows and festivals in their homeland and on the stages of Europe.